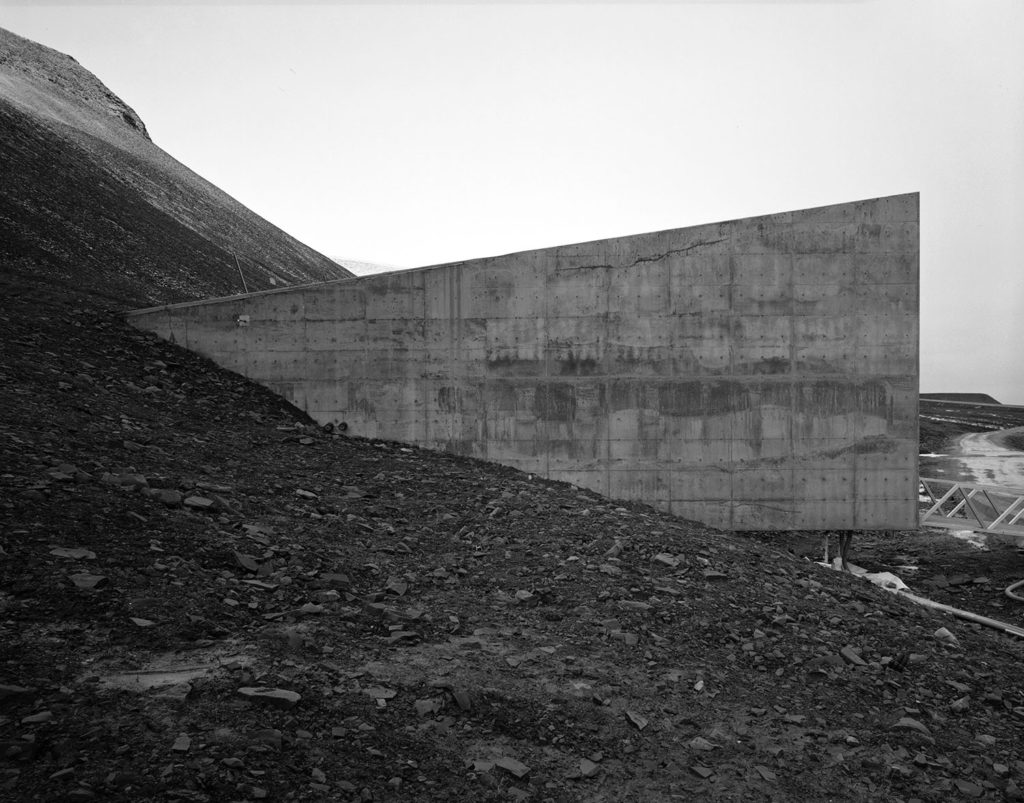 Dénes Farkas in Brussels and Lima

This April, Dénes Farkas’s work will be featured at both the Art Brussels and Art Lima art fairs. The Budapest-based Ani Molnár gallery will be exhibiting Dénes’s work at the 35th edition of the Art Brussels art fair, while Alarcón Criado gallery will be participating at this year’s Art Lima. Both galleries will be featuring Dénes’s work related to his upcoming solo show opening on April 21st at the Contemporary Art Museum of Estonia (EKKM). 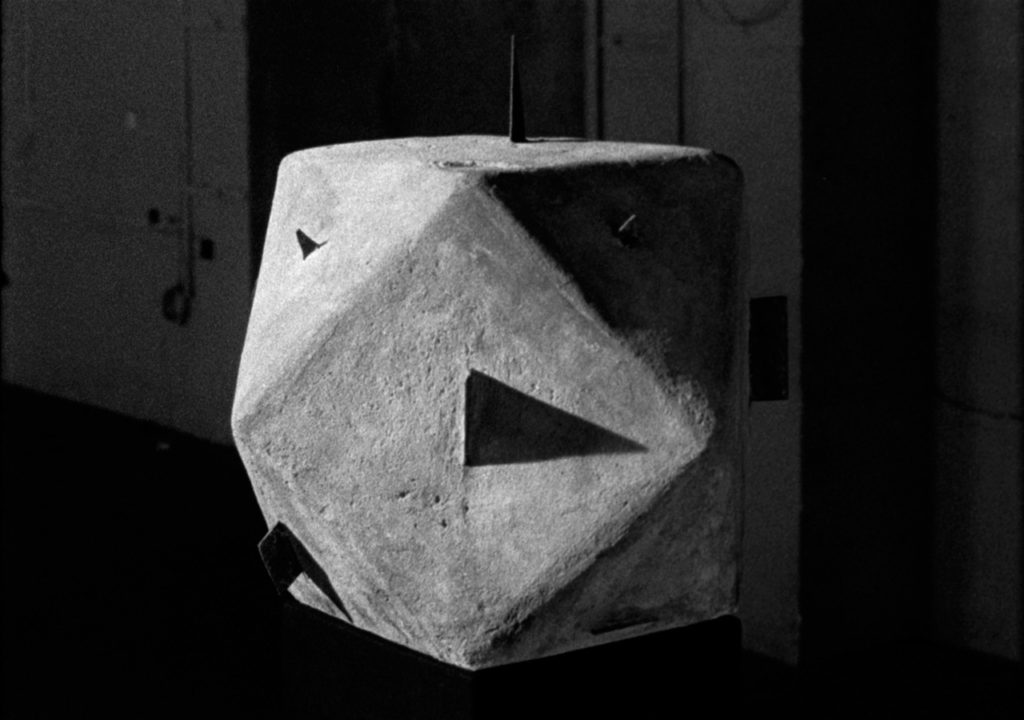 Paul Kuimet and the Union of Photography Artists in Brussels

Estonian Union of Photography Artists (Foku) will be featuring Paul Kuimet’s work at the experimental Poppositions art fair. The 16 mm film projection ‘Exposure’ as well as the installation ‘Grid Study’ on view in Brussels have both been recently exhibited at Paul’s solo show ‘Perpendicular’ at the Contemporary Art Museum of Estonia (EKKM). The artist’s solo presentation in Brussels will be accompanied by a book with texts by the literary scholar Jaak Tomberg and curator Chris Sharp. Co-published by EKKM and the publishing initiative Lugemik, the book gives an overview of Paul’s earlier as well as more recent work. 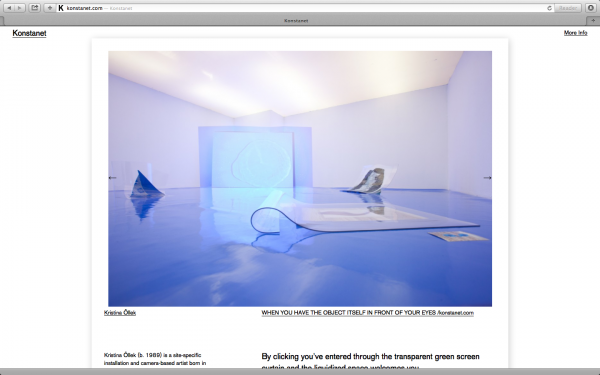 Kristina Õllek, ‘WHEN YOU HAVE THE OBJECT ITSELF IN FRONT OF YOUR EYES’, 2016. Courtesy of the artist. Photo: Konstanet

Kristina Õllek and Rundum in Brussels

Also on view at the 6th edition of the independent Poppositions art fair is Kristina Õllek’s work. As one of the initiators of the artist-run space Rundum, Kristina will be exhibiting a site and context-specific installation that continues her earlier installation series titled ‘WHEN YOU HAVE THE OBJECT ITSELF IN FRONT OF YOUR EYES’ (2016). Previously exhibited at the graduation show TASE’16, the installation won Kristina the Young Artist Prize awarded by the Estonian Academy of Arts. 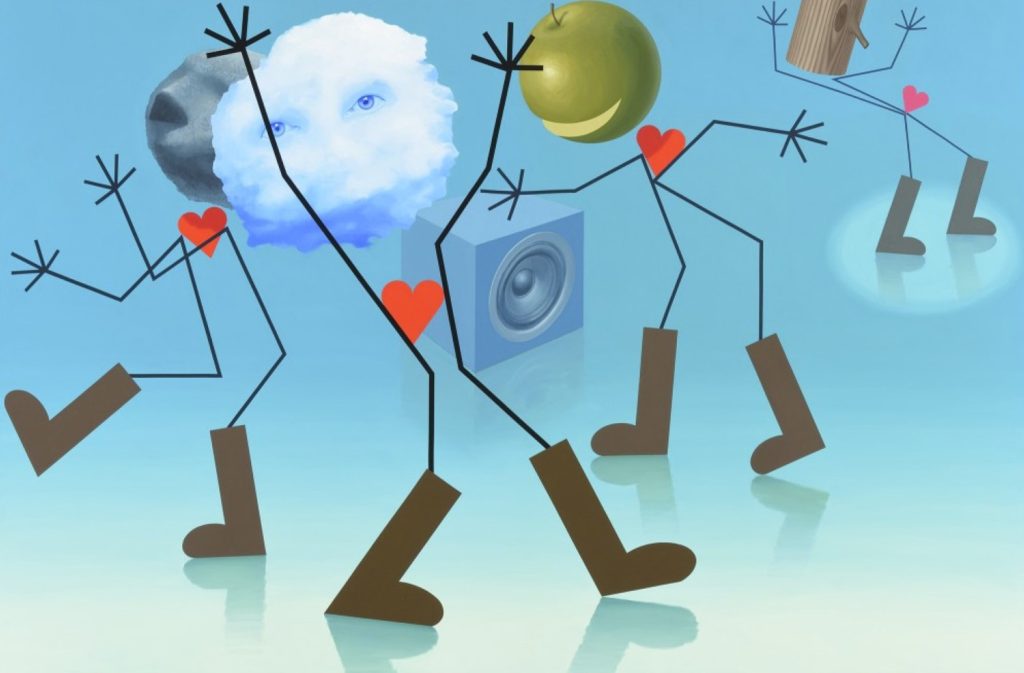 For the first time, Temnikova & Kasela gallery will be participating in the influential Independent art fair this April. Conceived by Elizabeth Dee of the eponymous New York gallery and art dealer Darren Flook, the fair is known for its highly curated solo presentations and an exceptional exhibitor list. Temnikova & Kasela gallery will be exhibiting works by artists Kaido Ole and Oleg Frolov (RU), who share a common taste for the comic, irreverent, and the absurd. 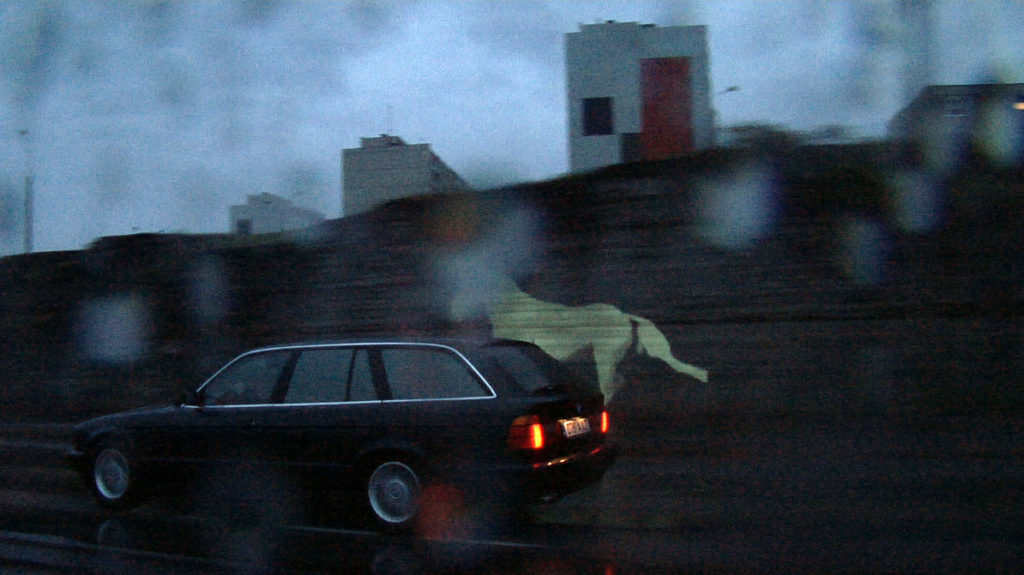 Flo Kasearu’s earlier video works ‘ESC’ (2010) and ‘Uprising’ (2015) will be shown in the Videobox film festival titled ‘De Bruits et des Mouvements’ (‘Of Sounds and Movements’). Co-curated by Odile Burluraux of Musée d’Art Moderne de la Ville de Paris and Corentin Hamel of New Galerie, the festival addresses the theme of urbanism in the context of video as a medium. 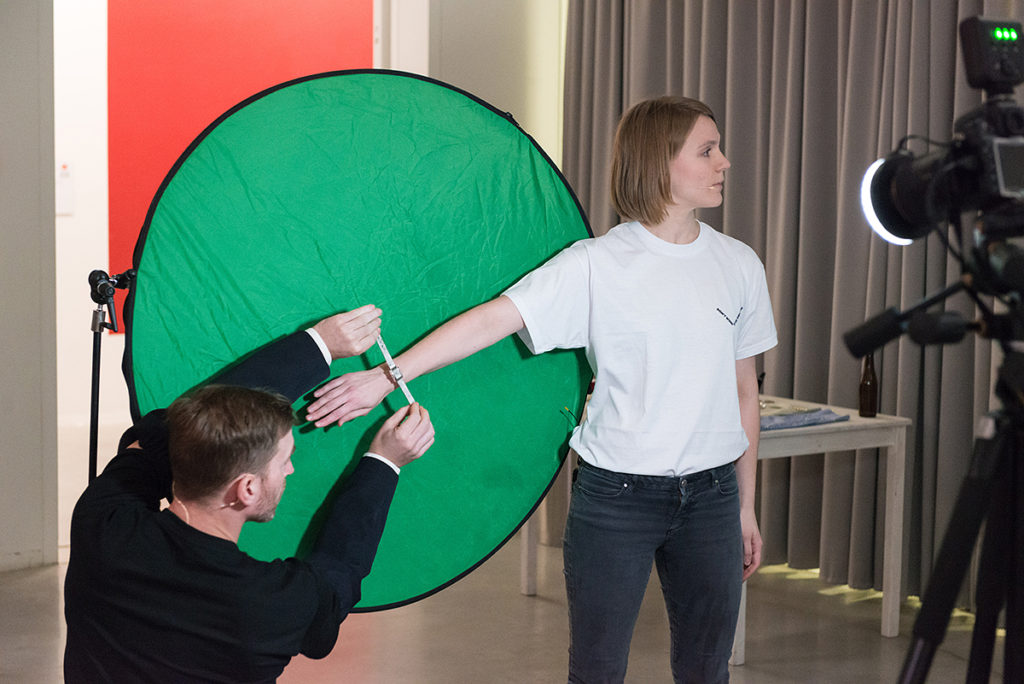 Marge Monko, ‘Don’t Wind It Up, Turn It On’, 2016, performance at M Leuven during the 2016 Playground Festival

Marge Monko’s live performance ‘Don’t Wind It Up, Turn It On’ (2016), which was recently acquired by Fotomuseum Winterthur, will be performed in conjunction with the museum’s video and performance series titled ‘Situations’. Another of the artist’s videos, ‘Dear D’ (2015), will be screened together with Ivar Veermäe’s video ‘Liberty Mountain’ (2012) during the ‘Children of the Internet’ program, which is aligned with the ‘ARS17’ exhibition at Kiasma museum in Helsinki.

Meanwhile, Marge will be participating in a three-week residency at Para Site Hong Kong, one of the most established independent art institutions in Asia. 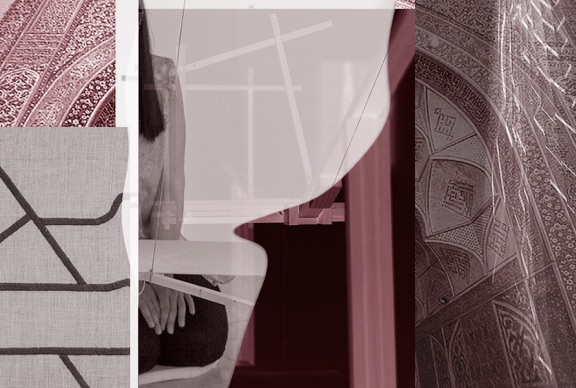 Artists Laura Põld and Johna Hansen (SE/DK) will be participating in a short-term residency at CC. artist-run-space in Isfahan, Iran. In conjunction with the project ‘Failure of Architecture’, Laura and Johna aim to create a work in the intersection of live performance and installation that is a continuation of their earlier collaborations. Hosted by curators Samira Hashemi and Amin Fahkari, ‘Failure of Architecture’ brings together architects, scientists, and artists given the interdisciplinary nature of research in urban planning.

Laura’s participation in the residency program has been generously supported by the Contemporary Art Museum of Estonia (EKKM), and the Ministry of Culture, Estonia.

Publishing initiative Lugemik will be participating in ГРАУНД зин фест, the inaugural edition of an independent publishing festival in Moscow that showcases over 50 publishers, collectives, and bookshops from all over the world. Lugemik will also give a lecture at a conference held in conjunction with the zine-festival, introducing the current publishing and art scenes in Estonia.

Lugemik’s participation in the festival is generously supported by the Estonian Embassy in Moscow. 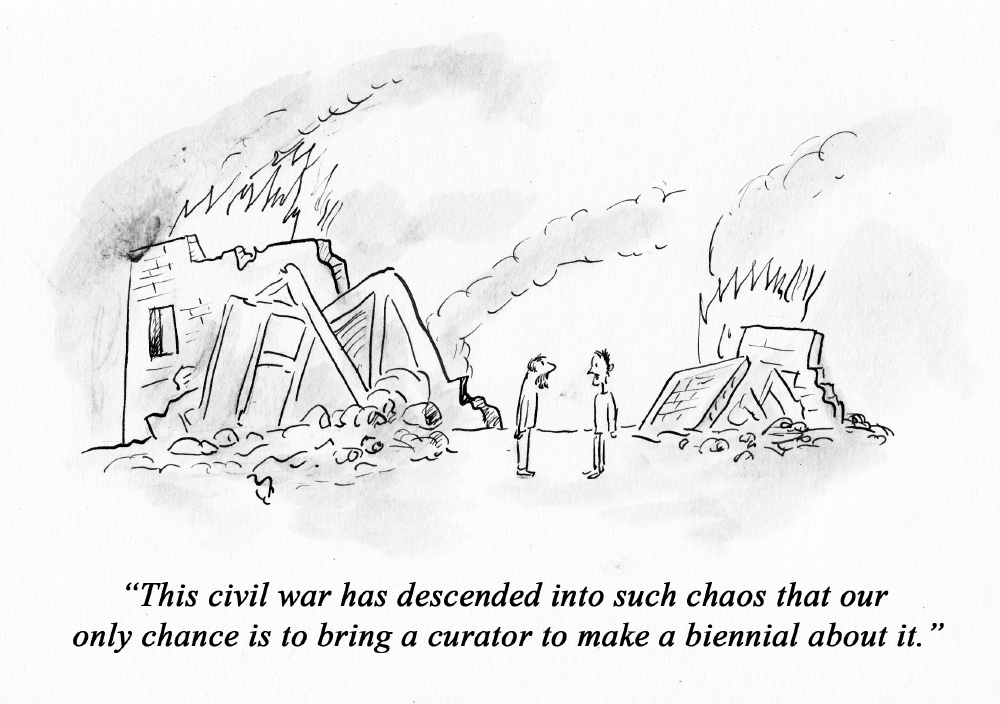 Pablo Helguera, ‘This civil war has descended into such chaos that our only chance is to bring a curator to make a biennial about it’, 2017. Commissioned by De Appel Curatorial Programme 2016-17 for ‘Why Is Everybody Being So Nice?’

De Appel Curatorial Program participants Lucrezia Calabrò Visconti, Mira Asriningtyas, Mateo Chacon-Pino, Shona Mei Findlay, Fadwa Naamna, and Kati Ilves will be organizing a four-day program of panel discussions, workshops, screenings, and performances named after Martha Rosler’s recent essay ‘Why Is Everybody Being So Nice?’ in an attempt to address moments of friction between ethics and etiquette in a knowledge-based economy. 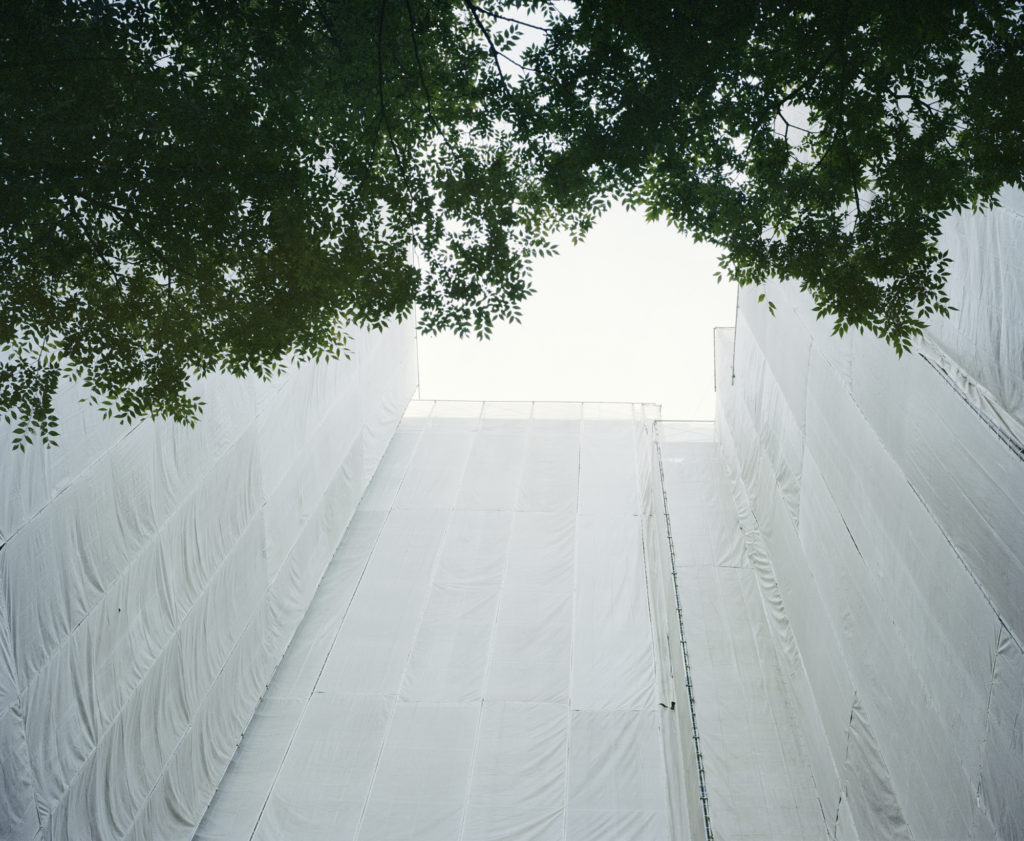 Krista Mölder, ‘Being Present’, 2012. Courtesy of the artist

Kan Zan gallery in Tokyo will be opening ‘Getting Lost’, Krista Mölder’s solo exhibition of her minimal, almost reductive, but highly charged photographs depicting urban space and the possibilities of perceiving it. At 5pm on April 15th, the artist will have a talk with the exhibition curator, Mikiko Kikuta, followed by a private viewing of the exhibition.

Krista’s exhibition has been generously supported by the Estonian Embassy in Japan and the Kan Zan gallery, Tokyo.