After Zona Maco, Estna will start a residency at the Casa Wabi Foundation on the south coast of Mexico.

Ingel Vaikla’s solo exhibition ‘Shapes and Distances’ opens at Beursschouwburg, Brussels. The project is curated by Laura Toots and it is a co-production between Beursschouwburg and Contemporary Art Museum of Estonia (EKKM) Tallinn. Vaikla conceptualises her new works through the idea of double exposure – overlapping both past and future as well as being home and abroad simultaneously. By bringing together archival material and new footage depicting Slavutych, the last city the Soviet Union built, located in northern Ukraine, Vaikla asks how do the subjective and collective identities form as well as materialise on film, in politics, in architecture. 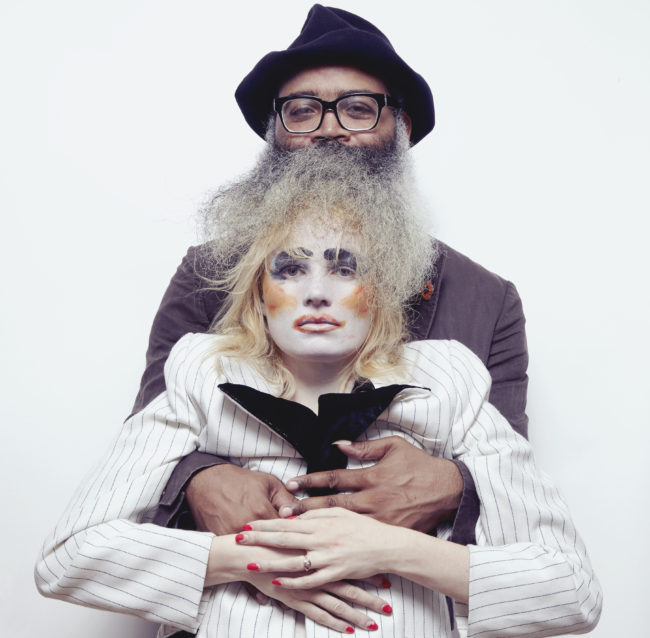 Kris Lemsalu Malone will open the exhibition ‘Love Song Sing-Along’ together with Kyp Malone Lemsalu at KW Institute for Contemporary Art in Berlin. Since Performa 17, the artists duo has collaborated to create enhanced installations and performances encompassing sculpture, ceramics, animation, performative elements as well as music and sound. The large-scale installation created for the KW exhibition will take up the entire third floor and will serve as an environment in which the lines between objects, bodies, and action are blurred. During the opening Kris Lemsalu Malone and Kyp Malone Lemsalu will enliven this environment with a new performance. This is the first institutional exhibition by Kris Lemsalu Malone in Germany.

In addition to the exhibition in Berlin, Kris Lemsalu Malone will present a new performance ‘Paloma’ in collaboration with Kyp Malone Lemsalu, Barbara Sánchez-Kane and Viktor Martínez at the Material Art Fair in Mexico City.

Open: February 7th to 9th 2020. Kris Lemsalu Malone’s performance will take place during the opening of the fair on February 6th at 5pm to 6pm. 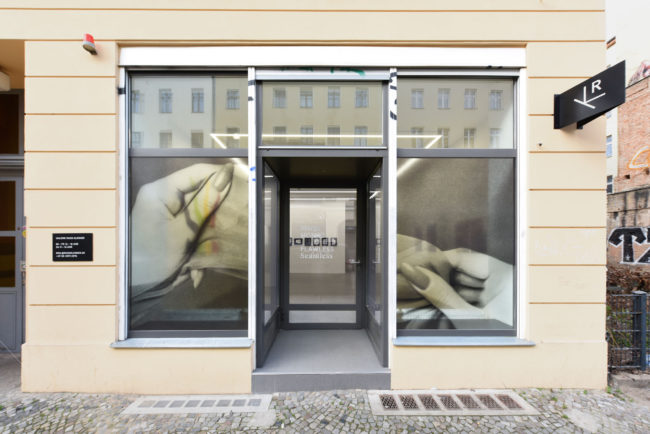 Marge Monko’s solo show ‘Flawless Seamless’ is open at Gallery Russi Klenner in Berlin. The terms ‘display’ and ‘desire’ play a central role in the artist’s work. What is the intention behind showing, presenting or exhibiting something in a certain way and what kind of desires are generated hereby? Monko examines her particular interest – product advertising of the 20th and 21st century and gives new interpretations for ads about wrist watches, images of stockings and tights as well as about the myths created around diamonds.

Katrin Koskaru ‘The Line of Little Figures’, 2019. Courtesy of the artist

Katrin Koskaru opened her solo show ‘The Line of Little Figures’ in Paris at L’ahah, Moret. L’ahah is a not-for-profit organisation, founded in 2017, aimed to develop and introduce collaborations between art and other disciplines. Since September 2018, the organisation runs two spaces in Paris. Katrin Koskaru will create a site-specific large-scale painting and a wall installation for L’ahaha Moret. 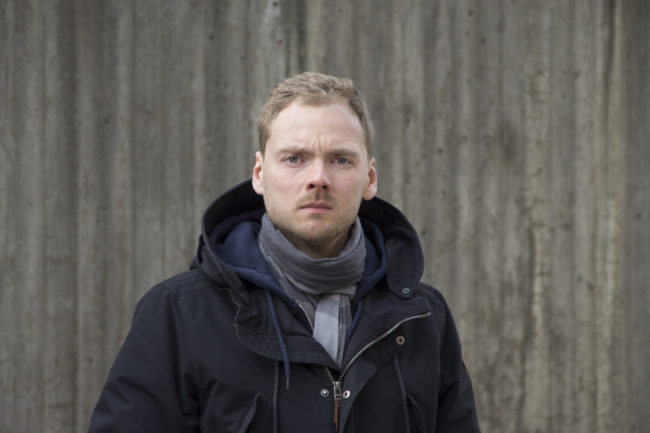 In the beginning of this year, Karel Koplimets started his two-year residency program at HISK art residency in Belgium. HISK offers a post-academic course in visual arts, and is mostly focused on the development of personal artistic practices. Karel Koplimets works mainly with narrative installations and deals with topics such as crimes, conspiracy theories, urban legends, fears and paranoias. In his latest projects Karel has been interested in topics such as traveling ja migration, e.g. shopping tourism, cross-border workers, changes in a concept of a job and workplace.

Starting from the beginning of January, Tanja Muravskaja is in a six-month residency at the WIELS Contemporary Art Center in Brussels. During her residency, Muravskaja wishes to further develop her ideas on future people: changes in the human nature brought on by new social, ethic and spiritual values. The participation of Estonian artists in the WIELS residency programme is organized by the Center for Contemporary Arts, Estonia. During the programme, there will be workshops, discussion groups and talks organized for the participants, and feedback given by art professionals visiting the residency.