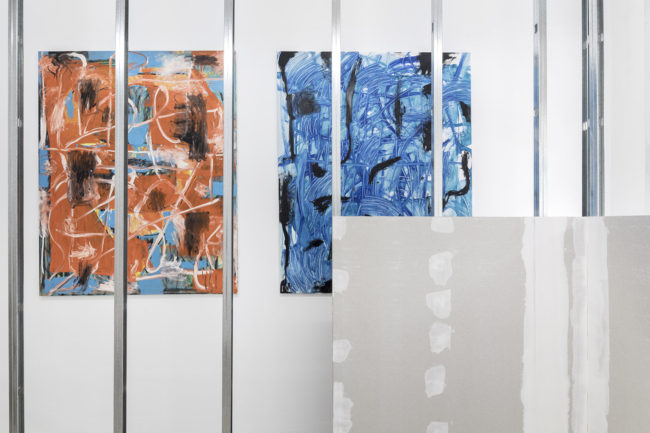 Exhibition view of the first chapter of ‘Interpreter’s Booth’ at Drdova Gallery, Prague

‘Interpreter’s Booth’, an exhibition in two chapters by Anu Vahtra and Martin Lukáč, curated by Piotr Sikora, will open its second chapter at Chimera-Project Gallery in Budapest. The first chapter of the exhibition took place at Drdova Gallery in Prague in the autumn of 2017. For the exhibition in Budapest, Vahtra will adapt the site-specific installation in Drdova Gallery by tracing temporary exhibition walls and stepping into dialogue with both the gallery spaces and the work and methods of Lukáč. 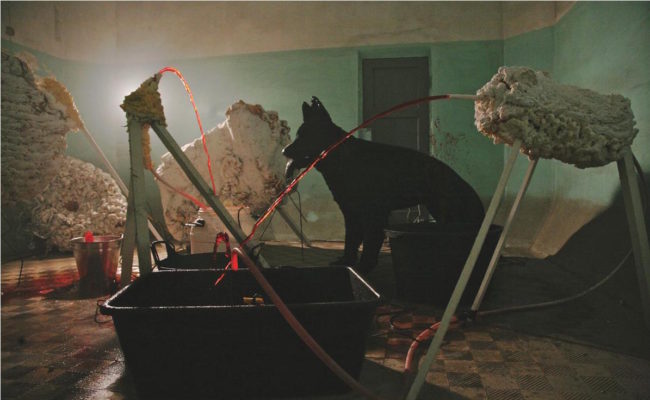 Edith Karlson ‘Drama is in Your Head I’, 2012. Courtesy of the artist

Edith Karlson is opening her site-specific installation ‘Drama is in Your Head V’ at the Museum der bildenden Künstes in Leipzig. The monumental work, 5 meters in height and 8 meters in width, is a continuation of Karlson’s series of the same title. The installation repeats the elements of ‘Drama in in Your Head III’ that was exhibited at Hobusepea Gallery; however, the size of the work is remarkably bigger. 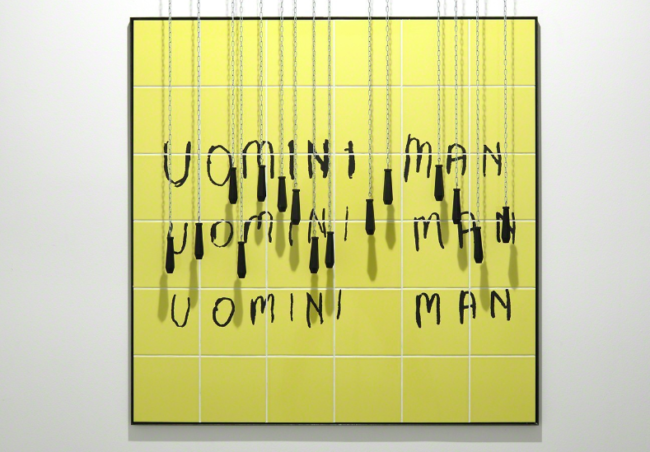 Jaanus Samma ‘Flaminio Station I’, 2017, detail.Courtesy of the artist and Temnikova & Kasela Gallery

Temnikova & Kasela Gallery is participating in this year’s edition of The Armory Show in New York. The gallery is part of the Presents section and will be presenting artworks by Inga Meldere (LV) and Jaanus Samma.

Works displayed at the fair can be seen on the Artsy webpage. 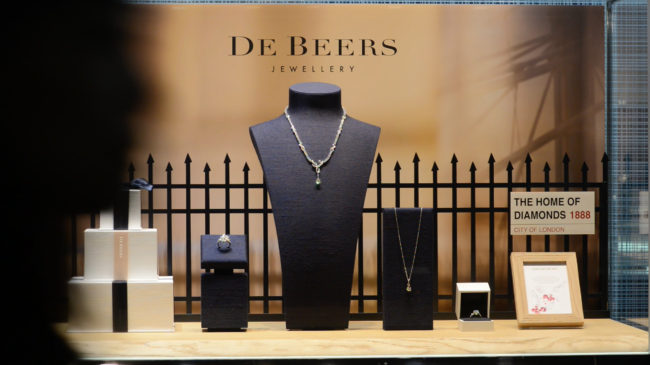 Marge Monko’s solo exhibition ‘Women of the World, Raise Your Right Hand’ will open at Ani Molnár Gallery in Budapest. The exhibition is a continuation of her solo show that was open at Tallinn City Gallery at the beginning of the year. Through the works exhibited in Budapest, Monko explores keywords that are connected to depicting femininity in commercial culture – beauty, desirability and fertility.

In addition to her exhibition in Budapest, Marge Monko is also participating in Innsbruck International art biennial. The biennial is taking place for the third time, this year’s theme is ‘Agents of Social Change’, and its programme includes a joint exhibition by Marge Monko and Melanie Bonajo, curated by Chris Clarke. Marge Monko is exhibiting her installation ‘New Romance’ (2016) and video ‘Dear D’ (2015).

The exhibition in Budapest:

Sigrid Viir is taking part in an international group exhibition ‘Adventitious Encounters’. The project, curated by Huma Kabakci and Anna Skladmann, is held on the sky-roof of the historic Whiteleys Shopping Centre in London, which is normally closed to visitors. The exhibited works aim to map out human (dependency) relation to nature, the main theme is the effect of human production and consumption on the environment, and thus, on all living nature. Sigrid Viir is showing her works from the series ‘Awful Pretty Pipe Neck’ (2016).