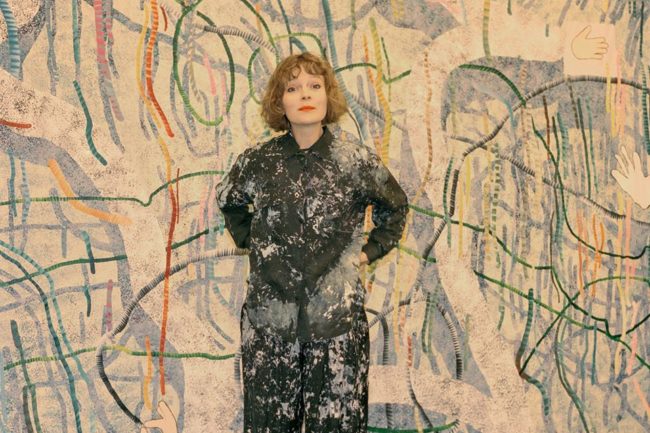 Merike Estna. Detail of a photo by Dmitri Gerasimov

Merike Estna’s solo show with invited friends ‘fragments from the shattered toe’, curated by Thomas Cuckle, will be open at Kunstraum in London, UK. The exhibition is part of the year-long exhibition program ‘Radical Objects’, launched at the Kunstraum with the support of Arts Council England. Estna continues working with painting on the expanded field – throughout the show an intricately painted stage by Estna hosts a series of performance events from international dancers, musicians and artist, against a backdrop of Estna’s large-scale curtain paintings. 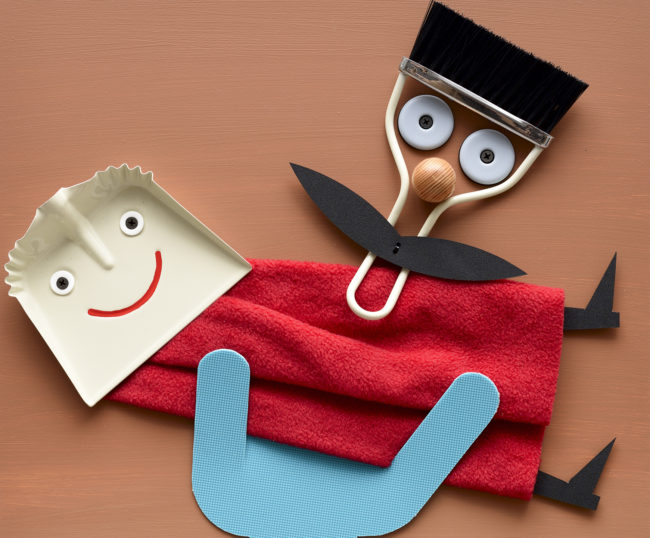 Kaido Ole ‘Grandma Has a New Husband’, 2017, detail. Courtesy of the artist and Temnikova & Kasela Gallery

Kaido Ole’s personal exhibition ‘Blind Date’ will be open at the Triumph Gallery in Moscow. 15 paintings from 2011 to 2017 will be presented at the exhibition, including works that are on view for the first time. Triumph Gallery was founded in 2006, it focuses on contemporary art and works with major Russian and international artists. 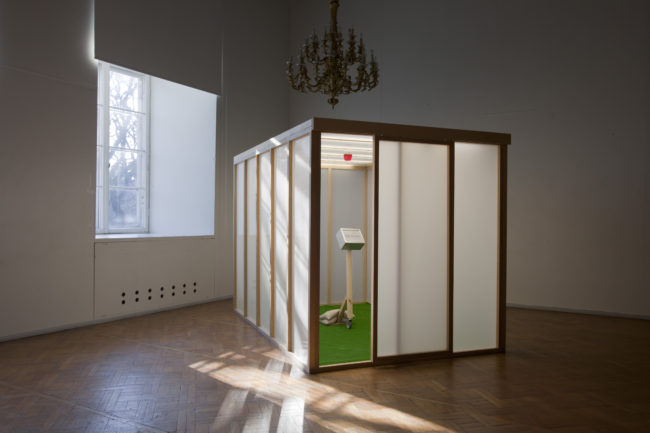 Visible Solutions LLC is participating in the international group exhibition ‘Work it, feel it!’. Curated by Anne Faucheret and Eva Merani, the exhibition is dedicated to the work of the future and the future of work. The exhibition focuses on the demands placed on the human body and its possibilities to act, as seen against the backdrop of an increasingly automated workplace. ‘Work it, feel it!’ is part of the Vienna Biennale 2017 program. Visible Solutions LLC presents the work ‘“Clarity” Exterior Space for Interiors’. 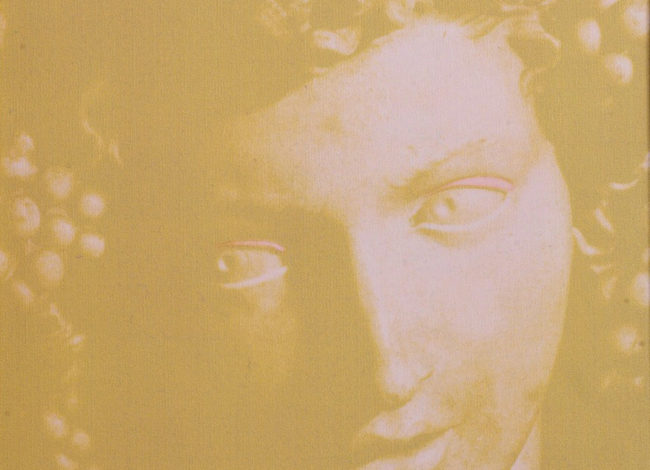 Temnikova & Kasela Gallery will take part in the 5th edition of the contemporary art fair Cosmoscow in Moscow. The gallery is part of the Collaborations section and will be presenting artworks by Merike Estna, Kaido Ole, Olga Chernysheva (RU) and Inga Meldere (LV).

Works displayed at the fair can be seen on the Artsy webpage. 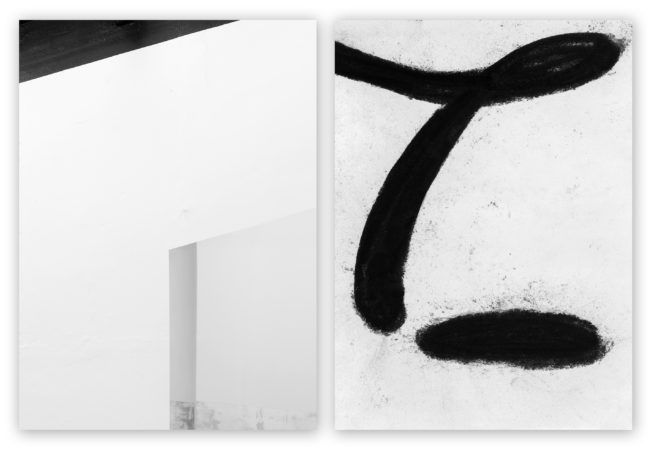 ‘Interpreter’s Booth’, an exhibition in two chapters by Anu Vahtra and Martin Lukáč, curated by Piotr Sikora, will open at Drdova Gallery. Vahtra will conceive a new site-conditioned installation, stepping into dialogue with both the gallery space and the work and methods of Lukáč. The second chapter of the exhibition will open in 2018 in Budapest. 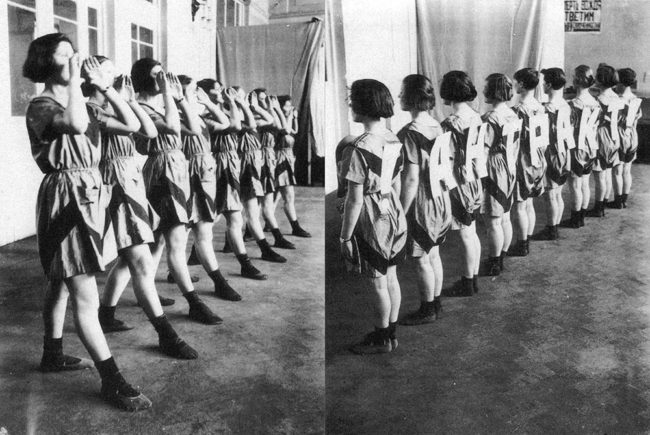 Marge Monko will take part in the international group exhibition ‘It Won’t Be Long Now, Comrades!’ in Amsterdam. Curated by Katia Krupennikova and Inga Lāce, the exhibition explores the potential emancipatory power of revolution and resistance in post-communist regions today. Marge Monko presents her new work ‘I (Don’t) Want a Baby)’, which focuses on reproductive rights and the representation of a new feminine type in post-revolutionary Russia – issues that in different form are still relevant even now, a hundred years later.

Flo Kasearu is participating in the exhibition ‘Back home’ curated by Artem Fialtov at the former Museum of Nizhny Novgorod Intelligentsia in Russia. The museum will be reopened for the first time after it was closed in 2013 and, concerned with the future of the museum, the exhibition revolves around the question of historical architecture’s position in a modern city. Flo Kasearu is showing two of her works – ‘Guided tour of Flo Kasearu House Museum’ (2014) and  ‘Do not resuscitate guide for adults’ (2017). 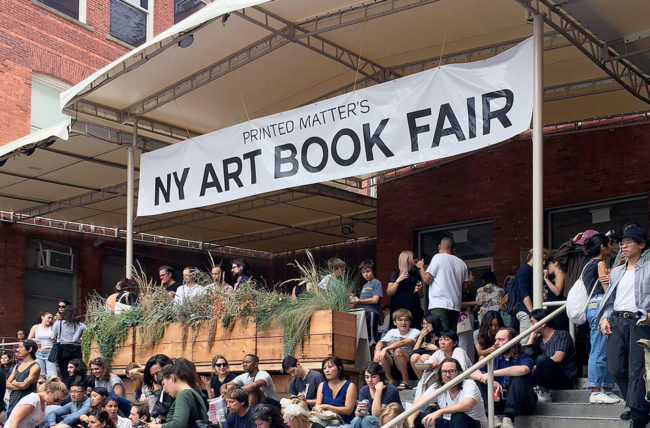 ‘Too Good To Be Photographed’, a book edited by the Lithuanian curator and artist Paul Paper, designed by Indrek Sirkel and published by Lugemik, will be launched at the Rubber Factory in New York. ‘Too Good To Be Photographed’ explores the various sides of photographic failure. Lugemik is also participating in the New York Art Book Fair for the fifth time. Two more new publications will be premiered during the fair: ‘Flo’s Book’, the first extensive monograph by Flo Kasearu, and ‘Notes on Space’, a subjective encyclopedia of Estonian monumental art in English, with texts by Gregor Taul and photos by Paul Kuimet. In addition, ‘The Travellers: Voyage and Migration in New Art from Central and Eastern Europe’, edited by Magdalena Moskalewicz, and two other recent publications, ‘AIR WITH CONTENT 10 degree something’ by Kadri Noormets and Asia Baś and Penjet notebook compiled by Jaan Evart will also be launched.

Book launch of ‘Too Good To Be Photographed’: 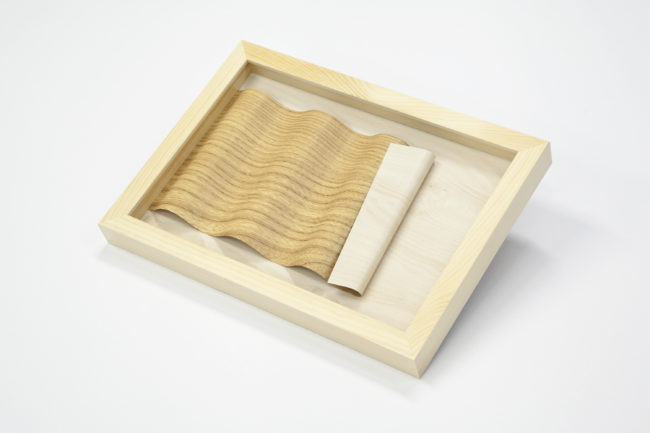