This year, the Estonian Contemporary Art Development Center celebrated its tenth anniversary. Since the center’s ceremonial opening in New York in 2012, ECADC has been fostering the international exposure of Estonian art and supporting the development of the contemporary art scene in Estonia. It has been our pleasure to cooperate with more than 100 organizations in the field of art and culture, as well as artists, curators and art workers across Estonia.

During these ten years, ECADC has supported the participation of 12 art organizations in 53 art and art book fairs. We have supported 26 study visits to 14 countries where international colleagues shared their experiences with Estonian arts managers. Furthermore, our work has enabled 15 young professionals to perfect their skills in eight art capitals of the world during three-month internships within international organizations. We have stood for the visibility of our local art scene among international curators and critics, and invited a total of 104 international art experts to visit Estonia.

Internationally, our focus has been on developing partnerships and organizing joint projects. ISCP is one of the longest standing partners of ECADC, and our cooperation with them has enabled six Estonian artists and one curator to complete residencies in New York. ECADC has produced the Estonian Pavilion Without Walls at the Performa17 Biennial in New York (2017), Katja Novitskova’s exhibition at the Whitechapel Gallery in London (2018), the showcasing of Marianne Jõgi’s work at London Art Night (2018) and several other events dedicated to displaying Estonian art around the world, including the performative dinner Eating the Forest held in Milan (2015), which was featured in The New York Times. In 2018, ECADC and Outset Estonia invited the curators of the Tate Modern and the members of the Eastern European acquisitions committee to visit Tallinn. As a result, the Tate collection now includes a work by Estonian artist Anu Põder – the first Estonian artist to be featured in the museum.

ECADC has established itself in the local art scene as a center for training and expertise. Our five Gallerist master courses have seen 150 newly started and experienced art workers accumulate knowledge from 20 international lecturers. In addition, more than 300 art professionals have developed their skills in 22 courses conducted by 29 experts in the fields of law, communication, marketing, environment and finance. Ten art organizations have received personal needs-based mentoring, and nine websites have been upgraded with support from ECADC.

In addition to improving international exposure and developing the art scene, ECADC has also worked to promote contemporary art awareness. We have organized 20 Tallinn-wide gallery evenings Tallinn Tuesday, which included 100 visits to 21 exhibition venues and 27 studio visits to the workspaces of contemporary artists across Estonia.

Since 2019, ECADC has been organizing the work of Kai Art Center in Tallinn. Since it was opened, Kai has hosted 15 large-scale international art projects involving 116 artists and 11 curators, as well as a large number of various cultural events, such as film and music festivals, concerts, theater performances, fashion shows, film shoots and much more. This spring, Sõprus Cinema opened its second screening hall at Kai, with films showing 7 days a week.

Projects by ECADC and Kai Art Center have been featured in esteemed publications, such as Art in America, Artreview, Artforum, artnet, Artnews, The Art Newspaper, The Calvert Journal, Cool Hunting, Forbes, Frieze, The Guardian, The New York Times, Sunday Times, The Telegraph and Wallpaper, and reached millions of readers worldwide.

Thank you for an eventful decade to all of ECADC’s partners and supporters! We are hugely looking forward to future cooperation! 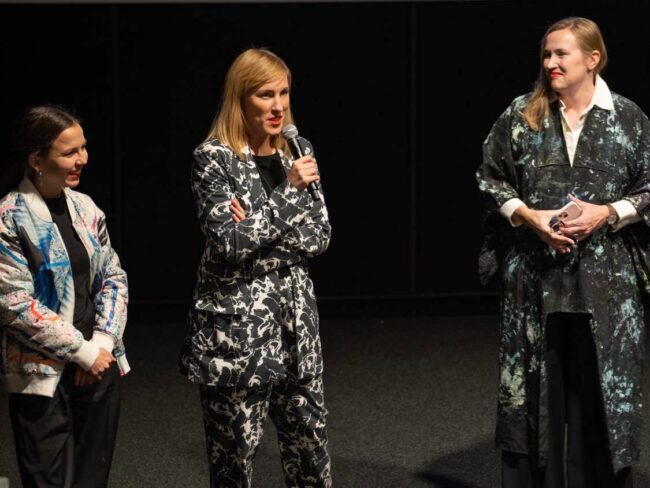