The works of Estonian artists Kristina Õllek and Diana Tamane were gifted to the collection of Fotomuseum Winterthur in Switzerland as a result of a collaboration between the private funding platform Outset Estonia and the Estonian Photographic Art Fair.

Works by Tamane and Õllek were chosen by an international jury from the Estonian Photographic Art Fair in 2017. The choice was made from 19 authors’ works, taking into account originality and experimentation with medium, as well as the quality of the object, the concept and recent works by the author.

In case of Kristina Õllek’s installation ‘WHEN YOU HAVE THE OBJECT ITSELF IN FRONT OF YOUR EYES / Poppositions’ (2017), the jury appreciated the contemporaneity of the work, technical format and the artist’s academic professionalism. In case of ‘Blood Pressure’ (2016) by Diana Tamane, jury member Shoair Mavlian highlighted the interesting and experimental approach to portrait photography and the ability to capture the memory traces of a close relative.

After the fair, the collaboration continued with Thomas Seelig, a member of the jury and the director of the Fotomuseum Winterthur at the time, who invited Diana Tamane to introduce her works at the ‘Plat(t)form’ series of events in Winterthur. The museum, which also acquired other works from the artists, is one of the most influential institutions devoted to photography in Europe and Switzerland.

Works by both Estonian artists have been included in the museum’s 25th anniversary exhibition ‘25 Years! Shared Histories, Shared Stories’ which gives an insight into the museum’s collection. Kristina Õllek presents the work she exhibited at the Estonian Photographic Art Fair and Diana Tamane presents her work ‘Typology of Touch’ (2015), which has been acquired by the museum as a result of later collaboration. 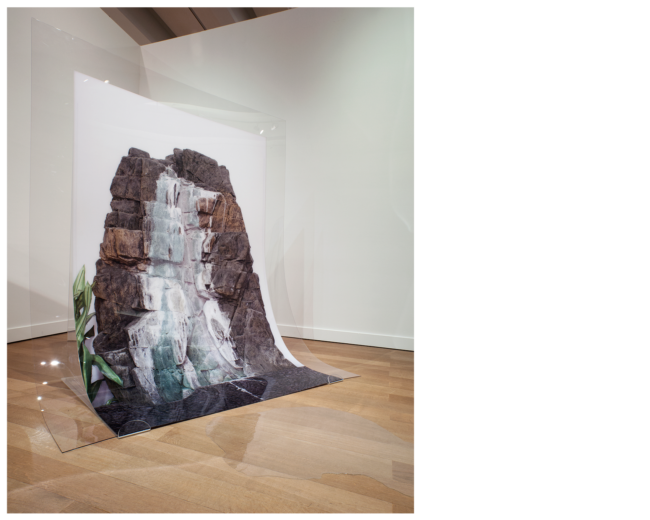 Kristina Õllek “WHEN YOU HAVE THE OBJECT ITSELF IN FRONT OF YOUR EYES / Poppositions”, 2017