Diana Tamane, from the series ‘Within Arm’s Reach’, since 2020. Courtesy of the artist

Diana Tamane presents her solo show ‘Typology of Touch’ at the Museum of Contemporary Art (S.M.A.K.) in Ghent. The exhibition opens at the De Vereniging on the invite of the Friends of S.M.A.K. In her works, the artist explores her roots and identity in a humorous, honest and idiosyncratic way. Tamane’s family members have been the subject of her work, often taking an active role in her artistic practice. In Ghent, among other pieces, Tamane shows the new work ‘Within Arm’s Reach’ (since 2019), an extensive series of drawings made by her mother as a visual diary while traveling around Europe as a truck driver. 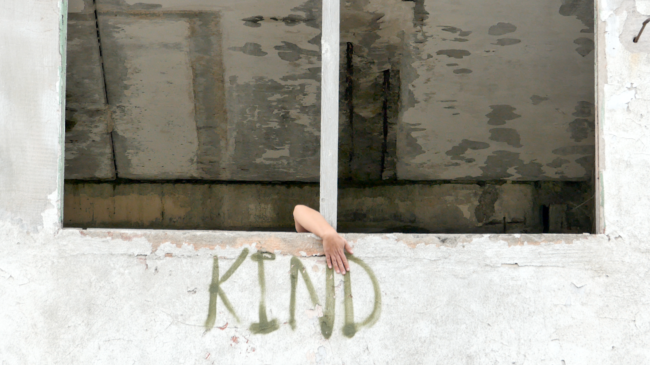 Flo Kasearu in Stockholm and Visby

Flo Kasearu is taking part in the international group show ‘Performing the Fringe’, curated by Jussi Koitela and Inga Lāce at Konsthall C in Stockholm. The discursive frame of the exhibition is based on anthropologist Anna Tsing’s theories of ‘pericapitalism’, focusing on potential futures growing out of the fringes of consumer society. At the exhibition, Flo Kasearu presents a new video called ‘Open House’ (2019). ‘Performing the Fringe’ is the first chapter of exhibitions series. Subsequent editions will take place in Pori Art Museum and CAC Vilnius.

In addition to the exhibition in Stockholm, Kasearu will lead three workshops at the Baltic Art Center residency in Visby, mapping the fears of Gotland.

Marko Mäetamm’s solo exhibition ‘HMM… WHAT SHOULD I WRITE?’ will open at the FUGA Budapest Center of Architecture. The project is about polarization, adulation extremity, about self-centeredness, about rigid and opinionated valuations; about having a monologue where there should be a dialogue instead; about black and white solutions instead of analytical thinking and appreciating differences and diversity. The exhibition is curated by Gabriela Uhl and it features Mäetamm’s new works. ‘HMM… WHAT SHOULD I WRITE?’ is part of the Estonian Week, a cultural festival held in Hungary.